The CEDEM, the ULiège Centre for Ethnicity and Migration Studies celebrates its 25th anniversary 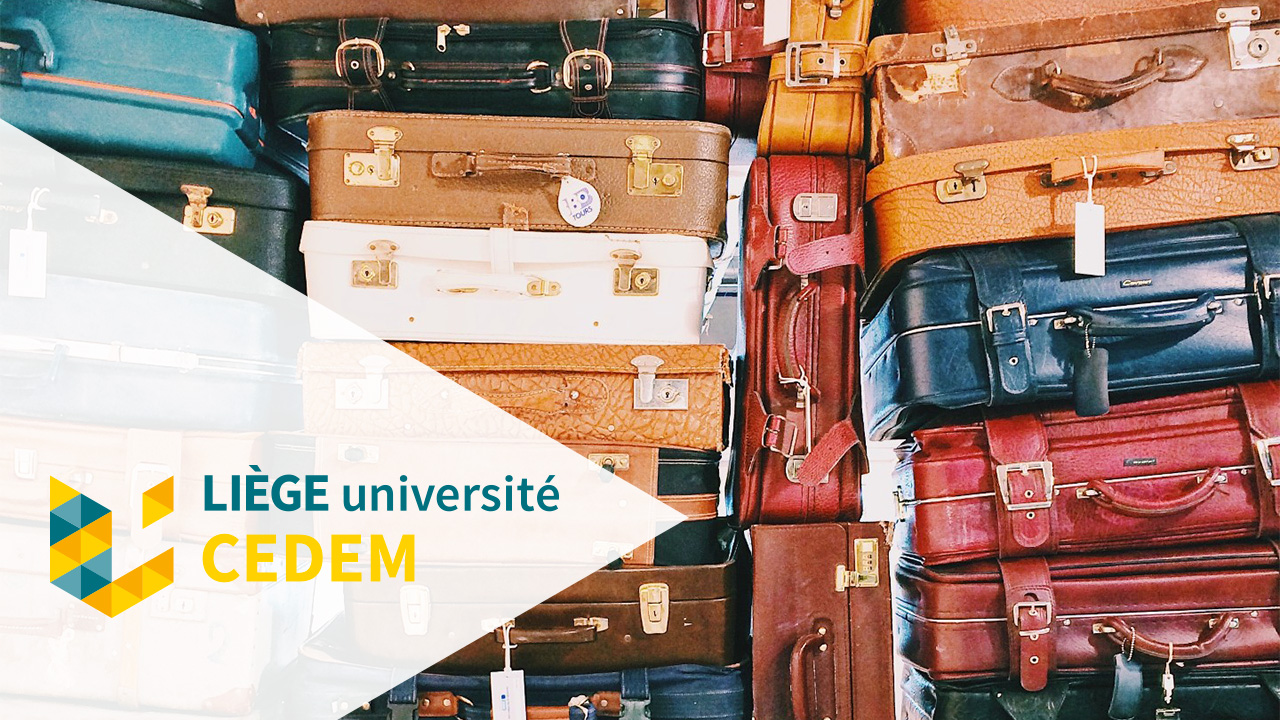 Founded in 1995 on the initiative of Marco Martiniello, sociologist and FNRS Senior Research Fellow, CEDEM - Centre for Ethnicity and Migration Studies - is celebrating its 25th anniversary. As an international research centre that aims to conduct theoretical and empirical research in the fields of human migration, ethnic relations and racism, CEDEM intends to continue to produce high quality scientific work with a strong societal focus.

s a research centre attached to the Institute for Social Science Research (IRSS) of the Faculty of Social Sciences of the University of Liège, CEDEM has become an international reference centre in the field of studies on migration, ethnicity and more. Research that is conducted from a multidisciplinary perspective. Over the years, CEDEM has developed expertise on themes such as contemporary migration trends, socio-political mobilisation of migrants, migration policies, migration and the arts, social cohesion, transnationalism, citizenship and Islam in Europe.

CEDEM and its researchers have received research funding from organisations such as the FRS-FNRS, Belspo, Perspective Brussels, the European Commission, the European Research Council, the Council of Europe and the International Organisation for Migration (IOM) and many others, Over the years, CEDEM has become a centre for reflection and information, stimulating research on the essential dimensions of cultural, identity and social dynamics and the relationship to politics in the migratory and post-migratory fields," explains Marco Martiniello, FNRS Research Directory and founder of CEDEM." Through the organisation of colloquia, seminars and academic meetings, CEDEM also intends, on the one hand, to encourage debate on the different facets of migration and the presence of ethnic minorities by placing it in an international context and, on the other hand, to initiate an in-depth re-examination of our categories of analysis.

This year 2022 marks the beginning of a new era for CEDEM with its assumption of the role of coordinator of IMISCOE (International Migration Research Network), the largest European network of researchers in the field of migration and integration, of which CEDEM is a founding member. Professor Jean-Michel Lafleur became the international coordinator of the network, Dr Daniela Vintila the Senior Network Office and Angeliki Konstantinidou the Network Officer. IMISCOE is a scientific network of 59 research centres in Europe and the rest of the world. The network organises numerous scientific events each year, including an international conference attended by over 1000 researchers from all over the world. By taking over the coordination of the IMISCOE network, CEDEM is opening a new page in its history and intends to continue to produce high quality scientific work with a strong societal focus.

On the occasion of its 25th anniversary, CEDEM organised on 5 October 2022 an afternoon of reflections around several themes addressed in two sessions: